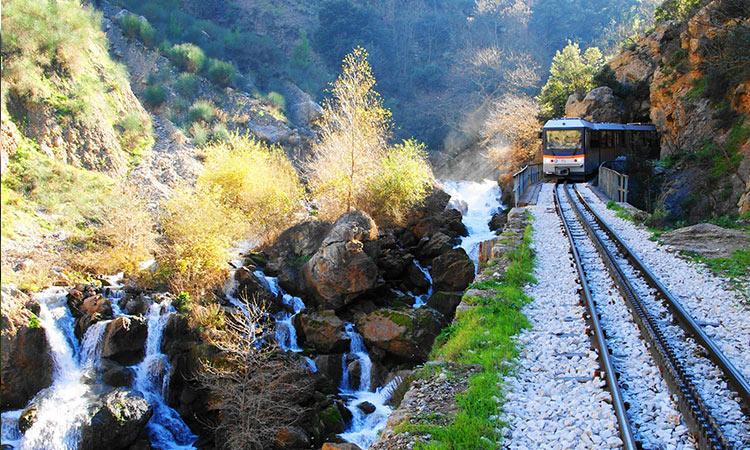 A magical tour through the Canyon of Vouraikos’s river that is one of the most beautiful sights of our country. It dates from 1889 and its construction had been decided of Charilaos Trikoupis.

A difficult task that took technicians from France and Italy, lasted seven years. Its first trip was held on March 10, 1896 and the first passenger was King George the 1st.

The railway linked the region of Kalavrita with Patras and Athens since there was no road access.

The first engines were steam-motors. The current train consists of two train carriages and driven by a diesel engine located in the middle of it. Even today there are rails on the line indicated the date of manufacture.

All facilities (stations, stops, etc.) and 20 meters on either side of the railway, designated as historical sites by decision of the Ministry of Culture.

Its length is about 22 km and connects Kalavrita with Diakopto. The trip takes one hour, the train speed varies from 30 to 40 km per hour.

The rail’s characteristic is the rack rails, and thus came its name. These cogs are installed at an altitude of 750 meters which allows the train to climb from the sea level to Kalavrita station.

The rack railway has the smallest line width (0.75 meters) in Europe. In the beginning (at the low ground) the route is smooth and the train passes through the station of Niamata and then starts the upward path, and with low speed passes the station Triklion where there are the “Doors”, a very impressive place, where, until today, there are heavy iron doors that open just for the train to pass.

The last uphill section is the station of Zachlori where anyone has the opportunity to walk to the monastery of the Great Cave. Then the train passes through the station of Kerpini and ends up at Kalavrita station. The trip is fascinating and it doesn’t leave time to passenger to concentrate on something else.

From the Great Cave of Kato Zachlori to Kerpini you will admire the green, thePlatanus trees, the running water and the small old stone houses which complete this fairytale image. Moreover the Swiss company STADLER has launched new trains, which replaced the old ones who worked for more than forty years.

There are regular routes from Diakopto to Kalavrita and backwards. 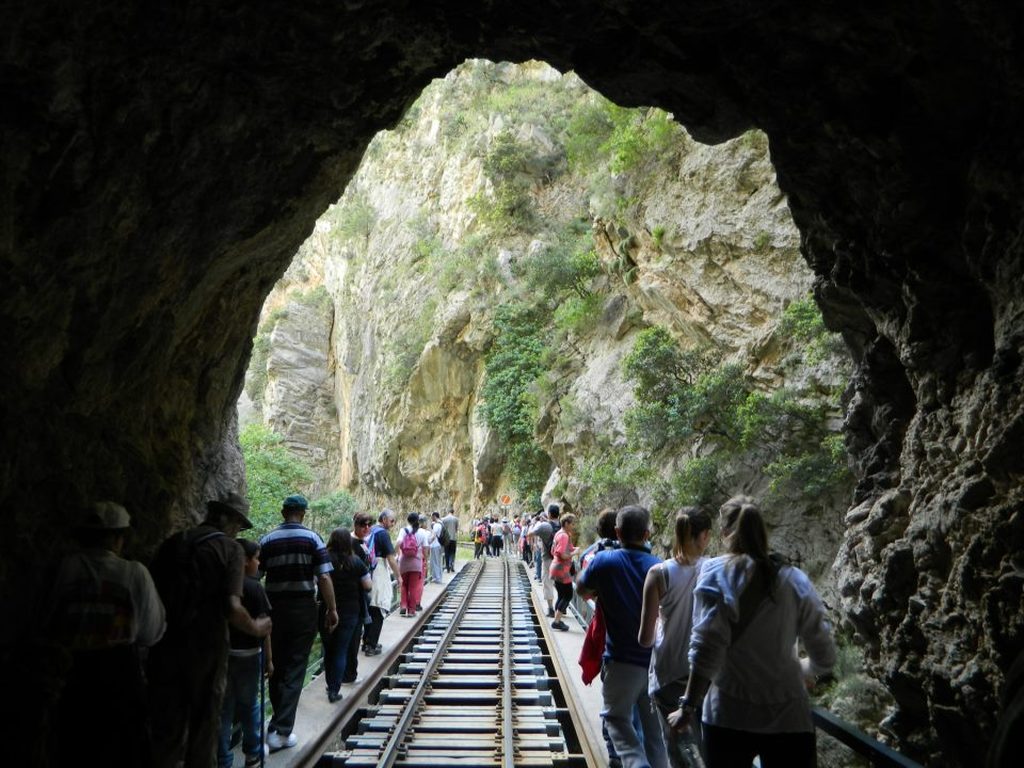 The necessary cookies are absolutely necessary for the proper functioning of the website. This category includes only cookies that ensure the website\'s basic features and security features. These cookies do not store personal information.